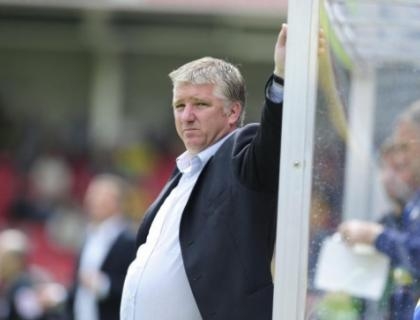 Keanu Marsh-Brown struck five minutes from time on his Barnet debut to ease their relegation fears and hand AFC Wimbledon a 1-0 defeat.

The Dons dominated much of the game but could not find a way through, Chris Hussey's disallowed goal with 15 minutes to go the closest they came.

But with the game seemingly heading for a goalless draw, substitute Marsh-Brown pounced on a Hussey mistake to fire home and give the relegation strugglers a timely boost.

Wimbledon had much the better of the first half and should have scored when Hussey found himself in a great position but he failed to connect cleanly with his shot.

Half an hour into the second half Wimbledon thought they had taken the lead when Hussey netted but the goal was disallowed for a foul throw in the build-up.

And Wimbledon were made to pay when Marsh-Brown slotted past John Sullivan late on to snatch all three points for the Bees.